Soprano Diana Damrau assumes the crowns of three different Tudor queens, the central characters in operas by Donizetti: Anne Boleyn (Anna Bolena), Mary, Queen of Scots (Maria Stuarda), and Elizabeth I (Roberto Devereux). With Antonio Pappano and the Orchestra and Chorus of Rome’s Accademia Nazionale di Santa Cecilia, she performs the substantial and climactic final scene of each work. When Damrau sang Maria Stuarda at the Zurich Opera, the Neue Zürcher Zeitung wrote: “She commands a voice that seems to have no limits. Her coloratura is stunning, her vocal range impressive, and her dynamic shadings are breath-taking. Damrau is in a class of her own.”

This exciting new album comes out on October 2. Order your copy here!

END_OF_DOCUMENT_TOKEN_TO_BE_REPLACED The DVD release of the 2019 New Year’s Eve Gala from Berlin features Diana Damrau in a Broadway inspired evening. It also marked her debut with the Berliner Philharmoniker, led by Kirill Petrenko. It is currently available for purchase on Amazon Germany.

The program included overtures to Gershwin’s Girl Crazy and An American in Paris, Bernstein’s Symphonic dances from West Side Story, and Weill’s Lady in the Dark Symphonic Nocturne, featuring Ms. Damrau in Rodgers „If I loved you“ from Carousel, Bernstein’s „I feel pretty“ from West Side Story, Weill’s „Foolish Heart“ from One Touch of Venus, Sondheim’s „Send in the clowns“ from A little Night Music and Arlen’s „Over the Rainbow“ from The Wizard of Oz.

END_OF_DOCUMENT_TOKEN_TO_BE_REPLACED “For me, Strauss is one of the greatest composers,” Diana Damrau has said. “The way he handles the soprano voice is a joy. And to be able to sing his music with my voice feels like coming home.” The centrepiece of this album of Strauss songs is the sublime Vier letzte Lieder, in which Damrau – born and trained in Bavaria – joins forces with the Bavarian Radio Symphony Orchestra and its long-standing Chief Conductor Mariss Jansons, in what was to become his final recording. Her partner in a tempting and diverse selection of songs with piano is Helmut Deutsch. “Not only is Strauss’s music gorgeous,” says Damrau, “there’s the way he combines words and notes – and the psychology.”

END_OF_DOCUMENT_TOKEN_TO_BE_REPLACED The scheduled concert at the Bayerische Staatsoper on November 19 had to be cancelled due to new COVID-19 safety measures in Germany, but it has been rescheduled for November 16 as a livestream without an audience in the hall.

The evening will feature an all-Strauss program, with several sets of Lieder sung by Diana Damrau and Klaus Florian Vogt, as well as his Concert for Horn, Duet-Concertino for clarinet and bassoon, and Intermezzo per Idomeneo. Conductor Asher Fish leads the orchestra.

To watch the livestream, visit the Staatsoper’s TV website.

END_OF_DOCUMENT_TOKEN_TO_BE_REPLACED This year, due to COVID-19, Thomas Gottschalk presents the prize winners of the Opus Klassik Award at the Konzerthaus Berlin with considerably fewer people in the audience and on stage. The current travel restrictions may not make it possible for some of the winners to appear.

On Saturday, October 17, there will be a chamber music concert in the Villa Elisabeth in Berlin. This concert will be streamed live at 7 p.m. Berlin time on ZDF.

A second Award ceremony will take place on Sunday, October 18, 2020 in the Konzerthaus Berlin. This ceremony will also be broadcast at 10:15 p.m. on ZDF.

END_OF_DOCUMENT_TOKEN_TO_BE_REPLACED “the leading coloratura soprano in the world”

END_OF_DOCUMENT_TOKEN_TO_BE_REPLACED 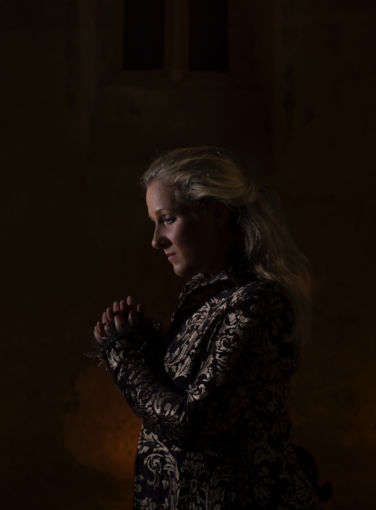